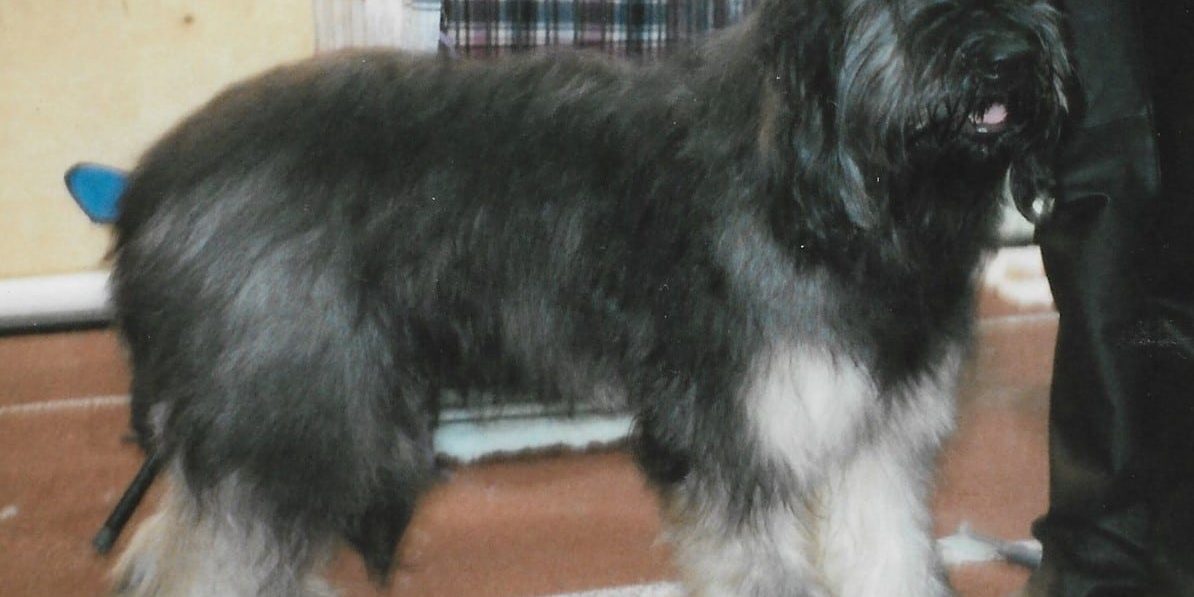 As the name suggests this breed was used on farms and is very devoted to the shepherd and owner. This dog is vigilant and cautious to stranger especially at night time. Portuguese Sheepdogs became an excellent companion dogs for sporting and a guard dog. This breed is kid-friendly dog and great as a family dog.

Mystery shrouds this dogs history. One thing is certain, this breed was developed in Central and Southern areas of Portugal. Breeders found this dog in the mountainous region called Serra de Aires in early 20th century. No solid evidence exists but it has been said that Portuguese Sheepdog originated from the crossing of these two breeds called Pyrenean Shepherd and Catalan Sheepdog.

Where did the Portuguese Sheepdog Come From?

The Cão da Serra de Aires originated in Portugal. The Portuguese name refers to Serra de Aires which is the name of region where they where first found. Serra de Aires is the name of the native land for other herding dog breeds like Pyrenean Shepherd and Catalan Sheepdog. It has been said that Portuguese Sheepdog originated from crossing these two breeds but their’s also a theory that in 1900s, Conde de Castro Guimarães from Cascais imported a Briards into Portugal and crossed it with the Pyrenean Sheepdog.

This sheepherding breed became famous in native mountainous home and to the end of Alentejo region. In 1932, Portuguese Sheepdog was recognized and accepted in the Portuguese Kennel Club using by the standard written of Antonio Cabral and Felipe Morgado Romeiros. In 1970s, the breed almost vanished. However, all breeders and owner are working together to bring back the breed. By the 1980s the Portuguese Sheepdog was bred to more of a companion dog.

Portuguese Sheepdog was originally developed as herding dog and to watch different kinds of livestock such as; sheep, cattle, horses, goats and pigs.

Portuguese Sheepdogs at a Glance

The Portuguese Sheepdog is a medium sized dog that has long hair like a goat. In the native land of Portugal it’s called a Monkey Dog because it has similar look and appearance. This breed stands at 16.5-21.5 inches at the withers for males and females are slightly smaller. They can weight 37 to 60 pounds. The body is long and the typical color of the coat is yellow, chestnut, grey, fawn, wolf grey and black with tan marks. This breed is extremely agile and swift.

Because of their long coat it’s best brush these dogs weekly. Give these dogs a bath only when you need to keep them looking and smelling good. These dogs have strong and fast growing nails so make sure to trim them regularly. Also make sure to check their ears for wax, debris or irritation and brush their teeth regularly.

No. All dogs pant to cool themselves off but these dogs do not drool excessively.

Best Climate for the Portuguese Sheepdog

Portuguese Sheepdog can handle both warm and cold weather.

Portuguese Sheepdog are intelligent, devoted, lively. He loves to bond closely to his family and will be naturally suspicious of strangers. This breed is herding dog breed but they became an excellent companion, sporting and a guard dog. They are famous for keeping the livestock in the pasture and for searching stray animals. its vigilant and alert for predators. Extremely dedicated to his work and its shepherd.

These dogs are extremely smart. This breed is easy to train but their are times that they can be stubborn especially when they are bored. Make the training interesting and fun for them.

Portuguese Sheepdog can get along both cats and other dog, especially if they are raised together.

Portuguese Sheepdog loves to bond closely to his owner and family. This breed is a kid friendly dog and love being surrounded with children. They are one the best dog for elderly people. Portuguese Sheepdog can easily adapt the changes of the lifestyle and living places.

Portuguese Sheepdog is herding dog and they have a high in prey drive. They can easily chase and catch small animals.

They love to socialized with humans and other animals. It is important to train and give your dog a proper training during their puppyhood.

Is The Portuguese Sheepdog Good for New Owners?

They are easy to train and playful. They can get easily adjust to their new owner and the living environments.

The majority of these dogs are healthy. In general they have an average lifespan for dogs.

They are a healthy breed in general but certain health issues may occur like:

Portuguese Sheepdog is a working dog and they need a lot of activities. Playtime in the backyard, preferably fenced, or being taken for walks several times a day. Portuguese Sheepdog also love in activities, like hide-and-seek, chasing a ball rolled along the floor, or learning new tricks. Certain outdoor activities like swimming, hiking, and retrieving balls or flying discs can provide a good outlet for expending energy.