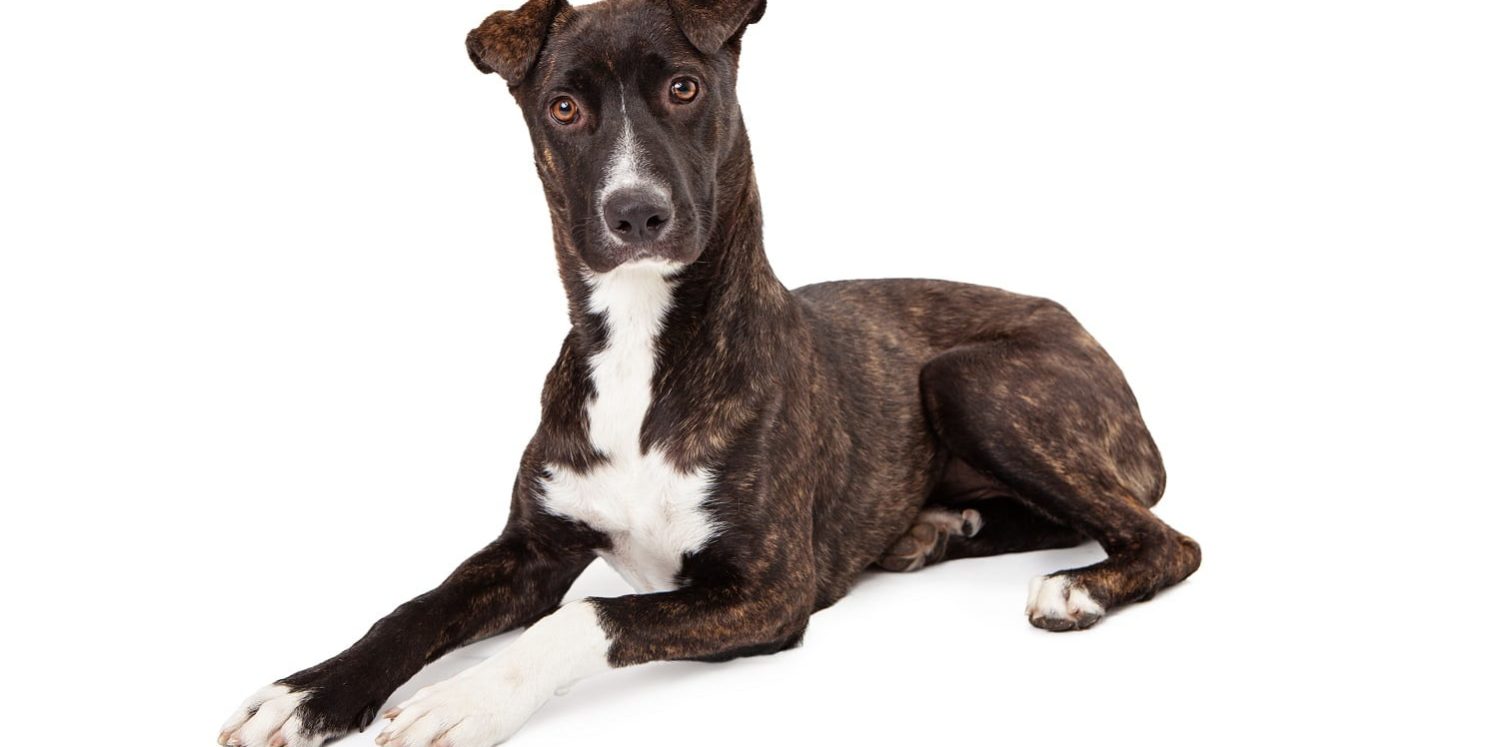 Grab your Oxen, pack up the wagon and lets hit the road! With the Mountain Cur by your side you are set!

At least if it were the 1800s in the United States that is… The Mountain Cur is an early American pioneer dog and helped many a pioneer in the old days.

Early pioneers that settled the United States relied heavily on this dog to hunt, chase, and tree animals as a source of finding a family food.

It’s very loyal and intelligent. Breeders created this dog for its working ability.

Historically, Mountain Curs originated in the mountains of Kentucky, Virginia and Tennessee. Mountain Cur hunted wild boar and guarded property from wild animals during their early history. No one knows their exact lineage.

They descended from European Cur-type dogs brought to the U.S. by immigrants hundreds of years ago. As European settlers came to the area they brought dogs along with them that eventually became the Mountain Cur.

These dogs became a necessity for Pioneering families due to their great hunting abilities. As settlers pioneered west into the mountains they would sling the puppies in a carrier over their shoulder or on the backs or pack animals as they traveled.

Historians believe the Spanish Explorers like Hernando do Soto brought dogs with brindle markings and introduced them to the dog breed. They used these dogs to drive hogs and provide protection.

In general in the days before the 1950s these dogs were not well documented and not a lot of information can be found. However after World War II many boys bought cloths, shoes, and whatever else with the furs they hunted using their trusty Mountain Curs.

Where did the Mountain Cur Come From?

The Mountain Cur originated in The mountain of Kentucky, Virginia, Ohio and Tennessee. European immigrants brought it over in the 19th century.

The breed numbers declined greatly during World War II because most people left the farms to go to war or work in the factories. By the time the war ended in the 1940s the breed was rare.

Hugh Stephens and Woody Huntsman of Kentucky, Carl McConnell of Virginia, and Dewey Ledbetter of Tennessee saved the breed. They founded the Mountain Cur Breeders Association in 1956. Breeders registered the breed with the United Kennel Club in 1998.

Breeders created this dog to be a hunting and guard dog. They helped hunt wild boars. They also treed or holed animals and in general chased down prey.

Frontiersmen loved these dogs all they way up until the 1940s. They used money from sold furs that their dogs hunted to provide for their families. They also helped guard property and livestock against wild animals. In general they were used as a great all around farm dog.

They have a great sense of smell and will circle until a warm track is found before bounding off! They can be trained to leave certain types of prey and chase after others as well. Amazing!

The Mountain Cur Dog breed is also great at picking up trails again. They can circle around a cold trails and investigate until it picks up a warm trail before bounding off!

Mountain Curs at a Glance

This dog is a medium sized dog which suits it well for it’s job of chasing and treeing, but leaves it large enough to be a general herding dog. This dog has short ears that stick up and fold over. They are a stocky dog but also slender. They have a medium sized snout with a domed head and eyes that are always alert.

Some Mountain Cur are born with dewclaws on their hind feet and some with two on each foot.

The Mountain Cur head and nose is broad but proportional to it’s body. From the side their muzzle is slightly shorter than the skull. It’s skull is flat and broad and tapers slightly. It’s cheeks are prominent and muscular.

It’s shoulders are laid back and it’s uppers arms are strong, long, and wide. It’s forelegs are well muscled and close to the body.

These dogs are slightly longer than tall. They have a broad strong back of moderate length that is level. It’s back blends well into it’s forequarters. It has a broad chest giving it power and agility. It’s large chest also protects it’s large lungs which give it stamina to chase through brush.

The feed are oval shaped and of moderate size. Their pads are large and tough which is great protection for their feet. They can have single of double dewclaws.

These dogs can have a medium length tail that is sometimes bobbed. Its stands high and curls overthe back it times.

The Mountain cur can vary greatly in color. They can have some of the following colors:

They can also show white markings on their nose and chest. These dogs have a short hair (short-coated) coat.

This dog is very easy to groom because of it’s short coat. This dog may need an occasional brushing during the spring and fall when it sheds it’s coat but other than that only bath when they are dirty. Make sure to check their ears and nails periodically. Check ears for wax or any other buildup and clean if needed. Cutting nails regularly keeps them from cracking.

No. These dogs only pant when hot and do not drool excessively.

This breed can adopt to cold and hot weather. They don’t like cold extremes due to their short coat and should have a warm place to go in the winter. They are not recommended for apartment life.

This type of dog is not a submissive, easygoing dog. They learned to be decisive and dauntless. They protect property and family and are noted for being a courageous dog.

This dog by its nature is close to his owner and they think that their primary duties is to protect and please his human family. They have been known to die protecting their families! They are a great mix of confident but not overly so. In general these dogs are happy and love working.

Usually they are reserved to human strangers but can be friendly if well-socialize to humans. They are Intelligent, loyal and dependable type of bred.

This type of bread is trainable by its owner for they are obedient in nature and dependable. They respond well to training provided it’s been well-socialized with plenty of human interaction. These dogs are working dogs and training for that purpose is what they love best!

This type of dog is playful and Friendly to other animals that do not pose a threat to it’s owner. Always exercise caution when introducing to new animals. Leashes are recommended for control and safety because they are treeing dogs and occasionally tend to chase.

This dog is ideal for families because they are friendly, loyal and very protective type of dog. They were bred to work and families that live on a farm or have a good outdoor area for the dog to play several times of day is idea. We would say this is a perfect family dog but for families with a smaller area they would not be idea.

Furthermore this Mountain Cur is good in dealing with other animals as long as they are not a threat to him and to his owner because this type of dog is a hunting dog which capable of slaying his prey and also a very protective type of dog.

This breed at first is very reserve to strangers but can be sociable and friendly if well expose to people. Once they get to know strangers they are more accepting and will warm up to them.

Is The Mountain Cur Good for New Owners?

This type of Dog is good for new owners for they are sociable and loyal to their owner as well as protective type of dog. They are easy to train.

We consider this dog to be healthy. They have a long lifespan and no known issues that are specific to the breed. Mountain Cur Lifespan

Mountain cur can live to be as old as around 14 to 16 years old! This is on the higher range of lifespans as far as dogs go. This average dog lifespan is around 10-12 years old.

Their are no records of health issue with this type of dog. Work with your vet to track common health issues like Hip Dysplasia.

Mountain Cur need to exercise them on a regular basis to keep them fit and to also burn off some of that energy. They were bred to work and will misbehave if not given enough stimulation. It helps them build a dog-owner Relationship.

Here are some rescues that might be able to hlelp you sind one of these dogs:

You can also try searching at https://www.adoptapet.com/s/adopt-a-mountain-cur.

The Original Mountain Cur Breeders Association has a lot of great information on this dog breed. You can also join in hunting expeditions and other fun activities here.

This dog is also registered with the United Kennel Club.

The Best Pet Owner’s Guide to the Frenchton